In resistivity surveying, information about the subsurface distribution of electrical conductivity is obtained by examining how currents flow in the earth. DC (direct current) resistivity methods involve injecting a steady state electrical current into the ground and observing the resulting distribution of potentials (voltages) at the surface or within boreholes.

Like all geophysical processes, DC surveys can be described in terms of input energy, the earth’s physical properties, and signals or data that are measured.

Using the same colour scheme as the flow diagram above, The next figure shows how this conceptual framework applies for DC methods. The energy source is a pair of electrodes that inject a known current into the ground at known locations (Fig. 162). The earth affects this energy because variations in the electrical conductivity of subsurface structures will bend the current flow lines (Fig. 163). The measured signals or data (Fig. 163) will involve measurements of voltage at the earth’s surface or within boreholes. This type of data contains information about how charges become distributed at boundaries where electrical conductivity changes.

Fig. 162 The energy source is a controlled DC electrical current injected into the ground.¶

Fig. 163 Increases and decreases in electrical conductivity cause current paths to converge and diverge respectively.¶

Fig. 164 Data are voltages caused by charges accumulating due to current flow.¶

For each placement of the transmitting electrodes, voltages will be measured at different locations. Therefore, the complete data set includes measured voltages with known currents and electrode geometries. In order to create maps or graphs of raw data for quality assessment, it is usual to convert the data into a form that has units of resistivity. The data are the input for DC resistivity inversions, and the results will be 1D, 2D or 3D models of how subsurface conductivity is distributed.

High power and reliable constant current are the primary requirements of DC resistivity transmitters. For small scale work (electrodes up to roughly 100 m apart), a transmitter capable of sourcing up to several hundred milliwatts of power might be adequate. For larger scale work (electrodes as much as 1000 m or more apart), it is possible to obtain transmitters that can source up to 30,000 watts. See the section DC resistivity instruments for more details.

This pattern for the current source is necessary because a voltage measured when the current is off will be non-zero in many situations. Naturally occurring potentials are called spontaneous or self potentials (SP), and they are usually caused by electrochemical activity in the ground. From the point of view of DC resistivity surveys, SP voltages are noise because measured voltages must be caused by the source current only. The 50% duty cycle reversing square wave is employed so as to remove the (poorly known) SP signals.

Fig. 166 A simple resistor in a DC circuit¶

In order to derive the relation between measurements (\(I\), \(V\), geometry) and the required physical property (resistivity, \(\rho\) ) we start from first principles (see the section called “Physical principles of DC resistivity”. The derivation is a three step process:

The actual measurement configuration can be summarized as shown in Fig. 168. This conceptualization is useful, regardless of the actual placement of electrodes on the surface.

The measured voltage for any arrangement of electrodes can be derived from Fig. 168 as follows for an half-space:

G is a geometric factor (including the factor \(1/2 \pi\)), which depends upon the locations of electrodes. \(\rho\) is the resistivity of the half-space. For heterogeneous subsurface, see the secton Data for more information about apparent resistivity. 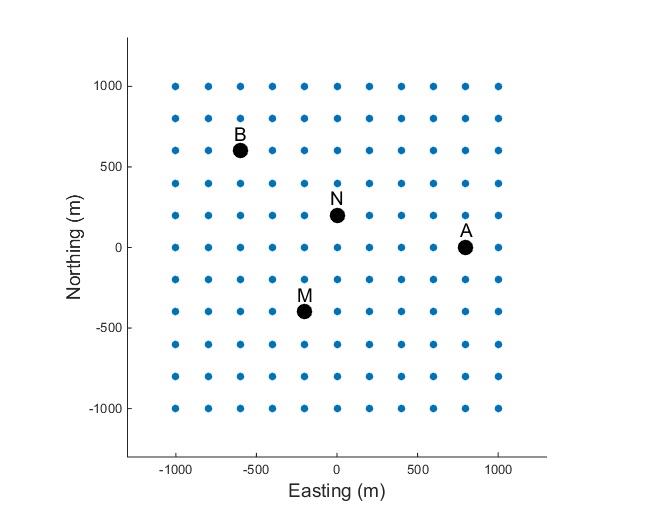 There are many geometries of electrodes that can be used in the field for gathering DC resistivity (and induced polarization) data. The electrodes can be co-linear or they can be in an arbitrary configuration. Current and potential electrodes can be on the surface or in boreholes. The choice of which survey geometry to use is governed by:

The most common specific arrays are detailed in Fig. 169 and in the interactive figure below, but there are several general types of surveys conducted on the surface.

a fixed geometry of electrodes is expanded symetrically about a central point of the array. The data provide information about how the electrical structure varies with depth. The data curve is often called a “sounding” and a single sounding can be inverted to produce a 1D conductivity model. If multiple soundings are available they can be inverted in 2D or 3D. The most common sounding configurations are the Wenner and Schlumberger arrays.

a fixed array is moved along a line. The data provide information about lateral variations to a depth that is determined by the length of the array. All seven types shown in Fig. 169 and in the interactive figure below can be used for profiling.

These are combinations of profiling and sounding arrays. They are often obtained by defining an electrode array and expanding and translating it along a line. In practice, this is achieved by laying out a line of electrodes, each of which can be used as a current or potential electrode. The most common acquistion arrays are dipole-dipole, pole-dipole, or pole-pole arrays.

Traditionally, data have been collected using co-linear electrodes. Depending upon the relative placement, the geometries have been given specific names. The interactive figure below shows how electrodes are placed for various named arrays. Electrodes placed on lines imply that the array is usually used for profiling. A circle at the array’s center implies that the array is generally expanded symmetrically about its center for acquiring sounding data.

Three dimensional configurations of several types exist, in which electrodes are not in line. Examples include: 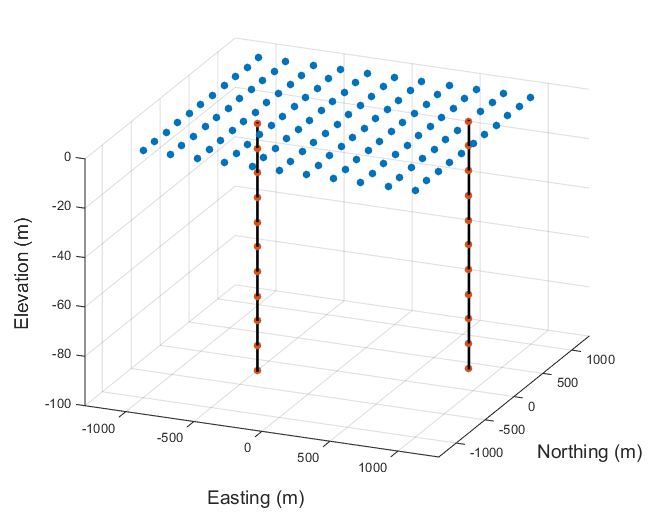 Fig. 170 Electrodes can be placed at the surface or along boreholes.¶

Azimuthal arrays are used to investigate the horizontal electrical anisotropy near the surface. Electrode configurations are usually one of the linear arrays (Wenner, dipole-dipole, etc.). However, instead of moving the array along a line (profiling), or expanding it about a central point (sounding), the array is rotated about a central point so that resistivity as a function of azimuthal direction can be plotted. Further details about the use of azimuthal arrays are given in the “Azimuthal resistivity” section.

Borehole work often involves conceptually similar arrays with sources and receivers in various combinations of surface and down-hole locations. These are not discussed further here.