Nature of the total field¶

Consider a frequency domain source. This could be a loop on the ground or in the air. 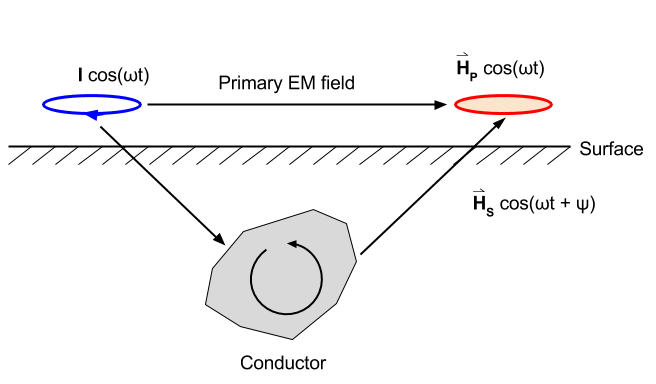 At the receiver, we observe the sum of the primary and secondary fields, which is given by

The Phase of the Secondary Field¶ 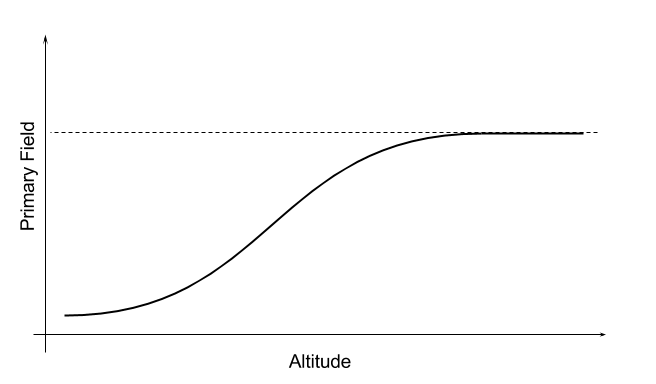 The second term is the “out-of-phase” part or quadrature phase.

This term is also referred to as the “imaginary” part of the response. Unfortunately, different words refer to the same thing. Don’t be confused. Similar terminology is summarized as follows:

Since both in-phase and out-of-phase quantities are small, their values are usually given in ppm (parts per million). Insight regarding the expected value of the In-phase and Out-of-phase components can be obtained by examining the response of a single loop of wire (of resistance \(R\) and inductance \(L\). The ratio \(H_{secondary} / H_{primary}\) or ( \(V_s/V_p\) if the receiver is a coil) is given by 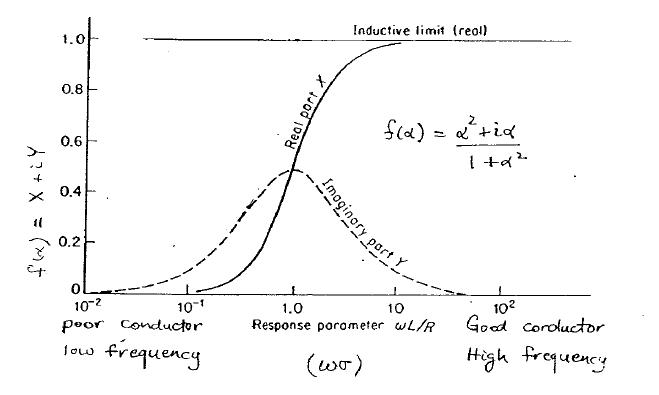 Remark: for those familiar with complex numbers, the coupling coefficients are given by:

The coupling coefficients depend upon the orientation of the transmitter and receiver as well as the geometry of the target body.